The Alcatraz Lighthouse has been, and continues to be, an active aid to navigation. It is a steadfast beacon overseeing and directing San Francisco Bay Area maritime traffic since the Gold Rush. Alcatraz Island is the site of the first lighthouse on the West Coast (1854). 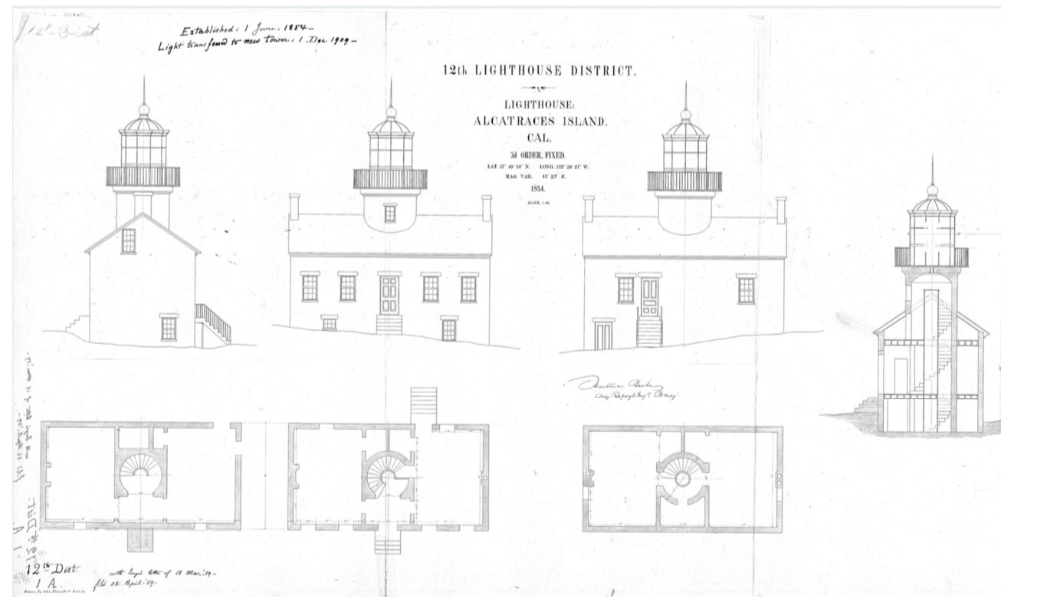 Plans for a new prison cellblock led to the construction of a new, taller light beacon in 1909. This photo shows the newly-completed light tower with the original lighthouse to the lower left. The current lighthouse, made from reinforced concrete, stands 84 feet tall. There are 112 steps to reach the lantern room. 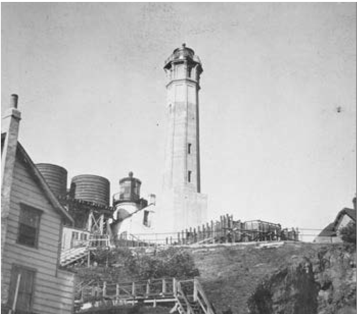 The lighthouse Keepers and their families were an integral part of the non-convict community on The Rock. In 1872, Keeper Rushnell became the first US Postmaster for the Island. For many years Keeper Schneider played Santa Claus to the delight of the prison guards and their families. 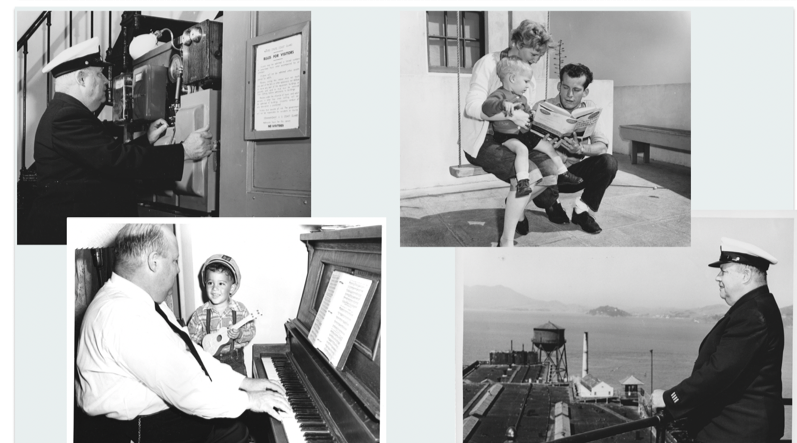 During their occupation of Alcatraz Island 1969-1971, the “Indians of All Tribes” painted the top of the lighthouse red. The tower was used as a symbol of the “Red Power Movement.” 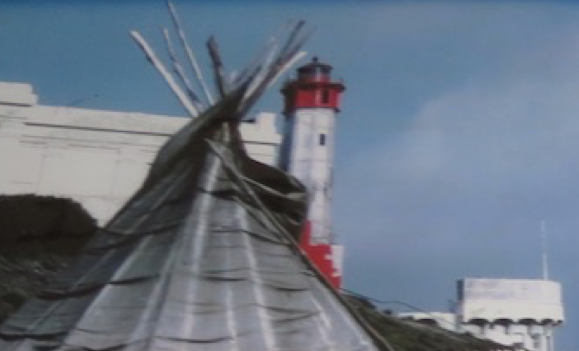 Today the Alcatraz Lighthouse proudly stands as an important icon of the San Francisco Bay Area. 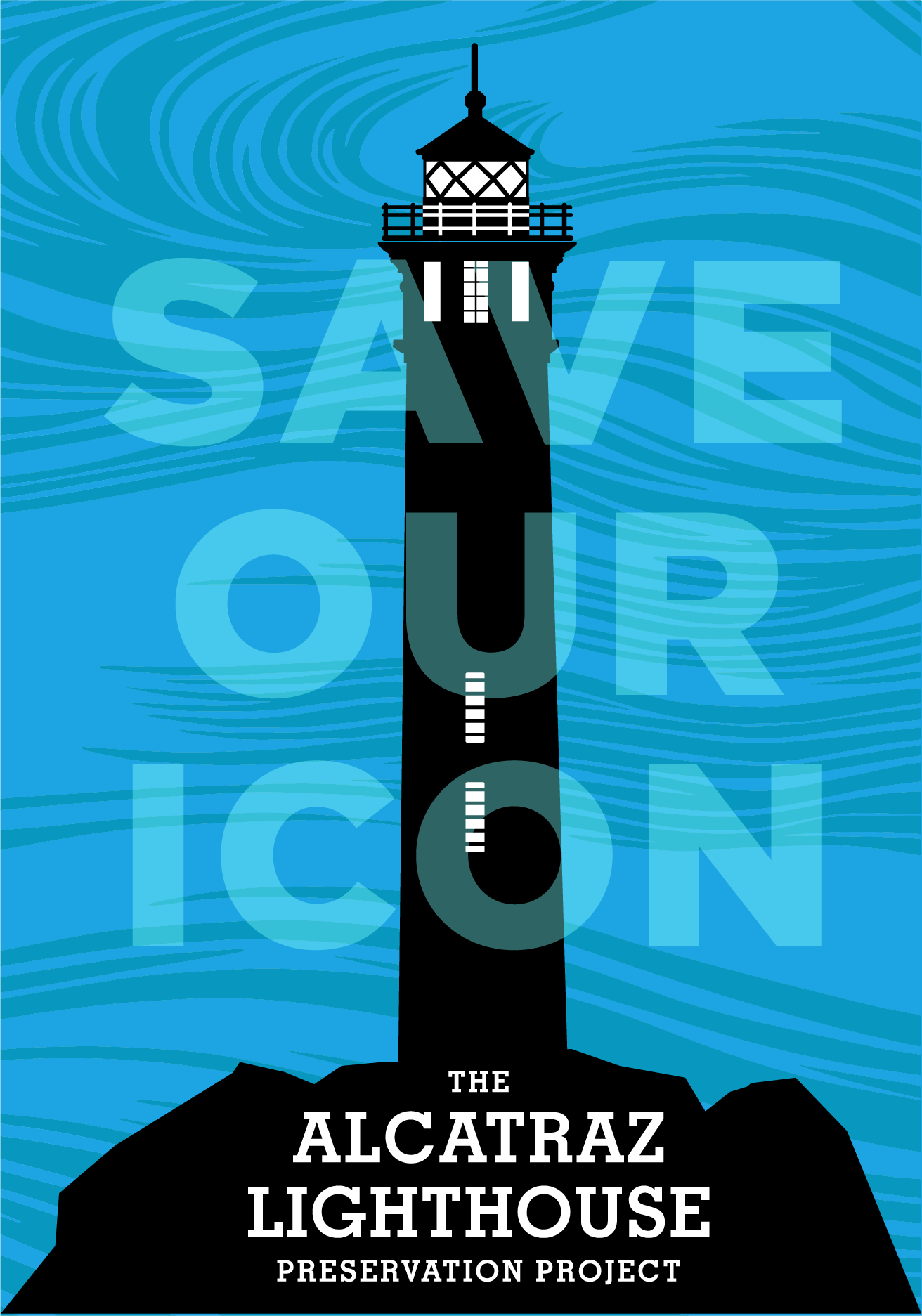 Learn more by downloading this presentation about the history, present condition and future plans for the lighthouse:

"Alcatraz Lighthouse Then, Now, Next…" (pdf)

Our Icon Needs Your Help